The primary pathogenic feature of PAS is that the placenta does not spontaneously separate from the uterus after delivery. Therefore, PAS can have devastating consequences that can even lead to death. Antenatal diagnosis of PAS can reduce PAS-related maternal morbidity by up to 80% by allowing early multidisciplinary care. However, a significant number of PAS cases cannot be diagnosed before birth.

In this study, researchers in the United States investigated whether CMPs could predict pregnancies complicated by PAS. Plasma samples from average 26 and 35 weeks of gestation were collected from the LIFECODES pregnancy biobank at Brigham and Women’s Hospital, Boston, between 2007 and 2020. Eligible subjects were patients 18 years of age or older who received antenatal care and planned to give birth at the indicated hospital.

Pregnancy was confirmed by ultrasound at ≤ 12 weeks of gestation. Cases were individual with clinical or histological grade 1 – 3 PAS. Possible cases were identified using specific search terms in electronic medical records (EMR) between 2007 and 2020. Controls were subjects without a diagnosis of PAS and were randomly matched 2:1 according to gestational age and number of fetuses.

The team implemented a two-step iterative workflow to identify CMP proteins that would serve as markers for PAS risk during the second and third trimesters, using regular regression (L1) and logistic regression for cross-validation. The same workflow was repeated with random allowed samples to simulate random chance.

The mean of all areas under the curves (AUCs) differed significantly between the observed and allowable panels in second trimester samples. The best performing CMP panel distinguished PAS from controls with an average of 0.83 AUC. This includes the following CMP proteins: cartilage acidic protein 1 (CRAC1), hemoglobin subunit gamma 2 (HBG2), sulfhydryl oxidase 1 (QSOX1) and. histone 4 (H4) and isthmin-2 (ISM2). 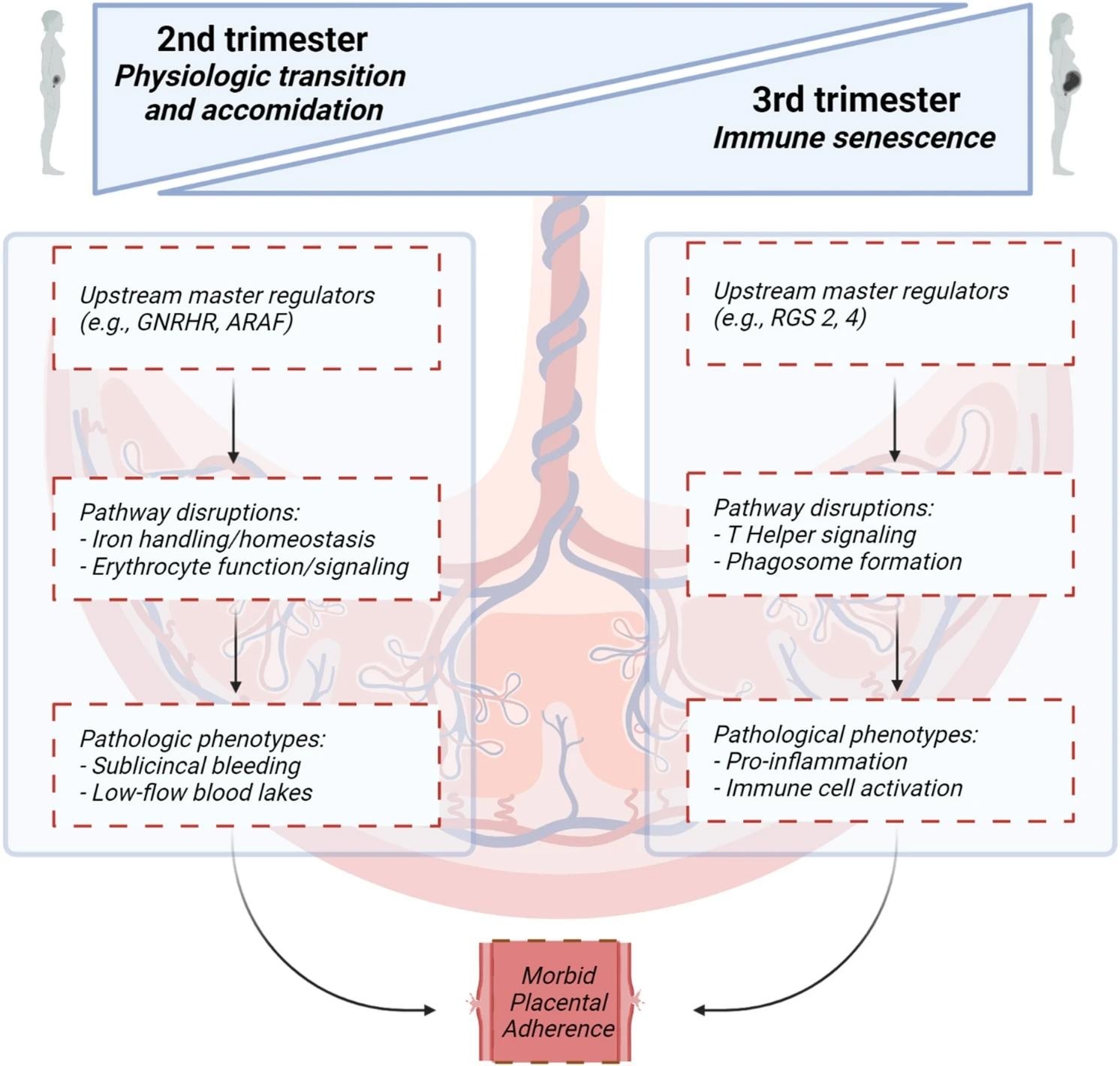 In summary, the team identified five and four CMP proteins that classify PAS in the second and third trimesters, respectively. The findings suggested that the markers had higher predictive value in the second quarter than in the third quarter. Further analysis revealed an overrepresentation of processes related to oxygenation and blood cell function during the second trimester, and abnormal immune cell and IL-15 signaling during the third trimester.